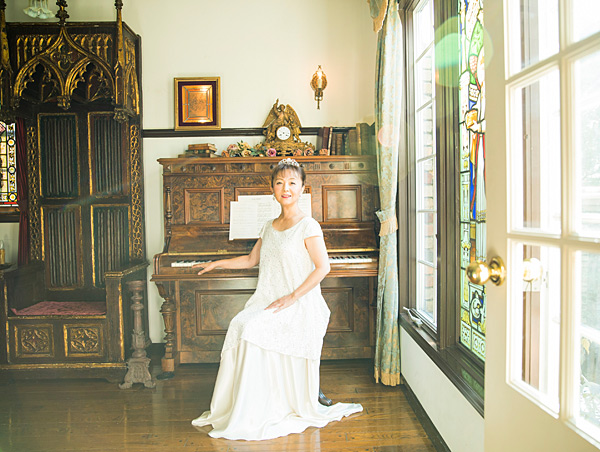 Mitsuko Horie appeared on a TV singing competition show "Chibikko Nodo Jiman" in 1966.
In 1969, Horie made her debut as an anime song singer with the theme song of TV anime "JUDO BOY".
Thereafter, more than 10 anime theme songs sung by Horie were broadcast every single week and many hit songs were come into the world.

She has recorded more than 1,000 songs.
An unprecedented anime boom was occurred in 1977. Horie’s “CANDY CANDY” became a big hit which was sold over 100 million copies and received many hit-song awards.
She later actualized her talents in many fields. She currently actively works, as a singer, on producing original albums and concert events.
She marked the 45th anniversary of debut in 2014 and she expanded her activity areas to abroad including Shanghai, Hong Kong, and Brazil.
She presides “Micchi Singers Lab” (MSL) to teach singing techniques derived from her experiences to future singers.
Furthermore, she has served as a professor at SENZOKU GAKUEN College of Music for “Voice Acting and Anime Song Course”.